We hadn’t done many actual tourist activities in Lisbon, so we decided to do a Hop-on, Hop-off bus to see the main attractions in and around Lisbon.


We were planning on just doing a lap of the city on the tour bus, but we saw a huge crowd of people near the Belem Tower along with some music so we got off. Turns out on Sundays in Belem they have a music festival. We’d just missed the live portion of the music, but there was a DJ still going when we were there. There were lots of young people just hanging about, enjoying a beautiful day. We joined in in the hangs, and hopped back on the bus after an hour or two. 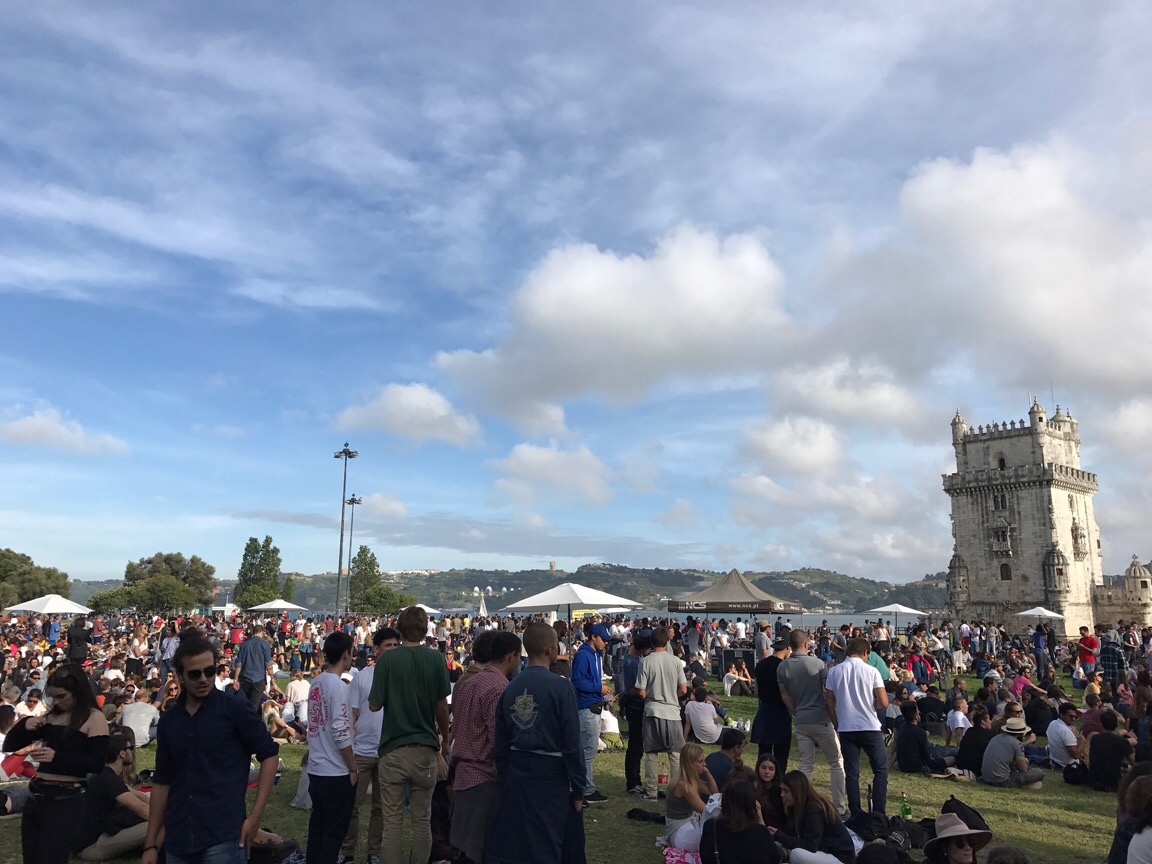 Our next stop was the park of Eduardo VII, which was north of the original starting point at the statue of the Marques de Pombal. 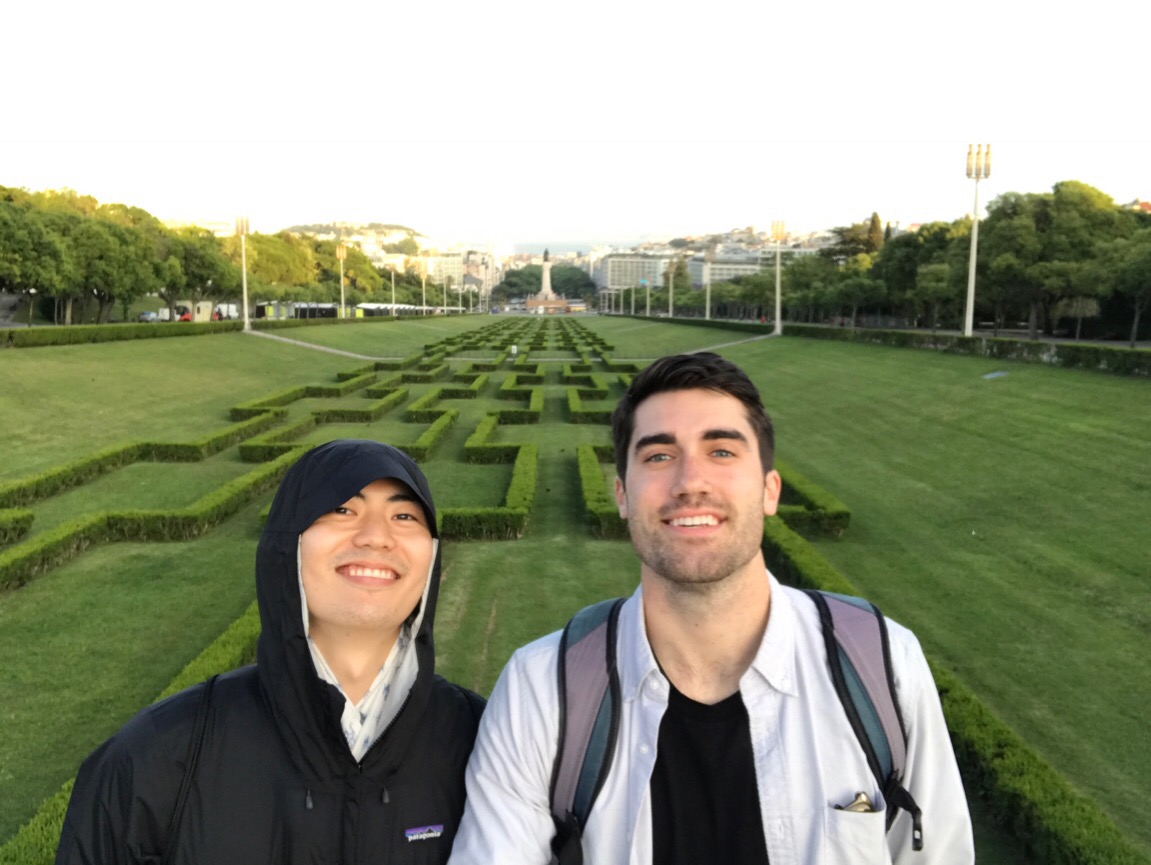 We stopped at a restaurant called Ha Piteu for dinner in the Bairro Alto, and it was (and at the time of writing this two weeks later is still) our favorite meal of the trip. We split two delicious entrees of seafood medley and roasted Iberian pig, along with a bottle of Portuguese wine. 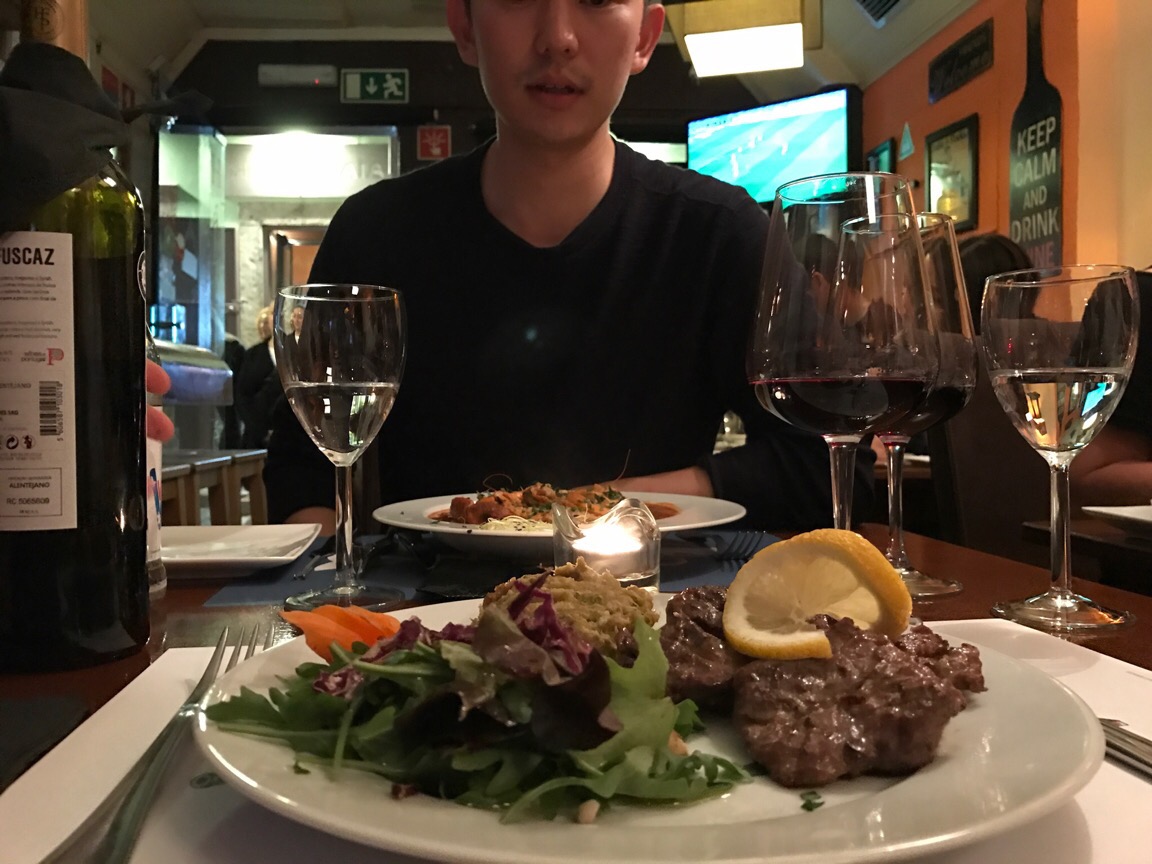 We actually wanted to explore Belem properly having seen it briefly during the concert the day before. We jumped back on the hop-on, hop-off and visited some of the sights in Belem we didn’t get to see on Sunday.

We stopped first at a monument celebrating the Portuguese Age of Discovery. That’s Henry the Navigator at the front with a whole team of people behind him on both sides. The monument is a short walk from the Tower of Belem. 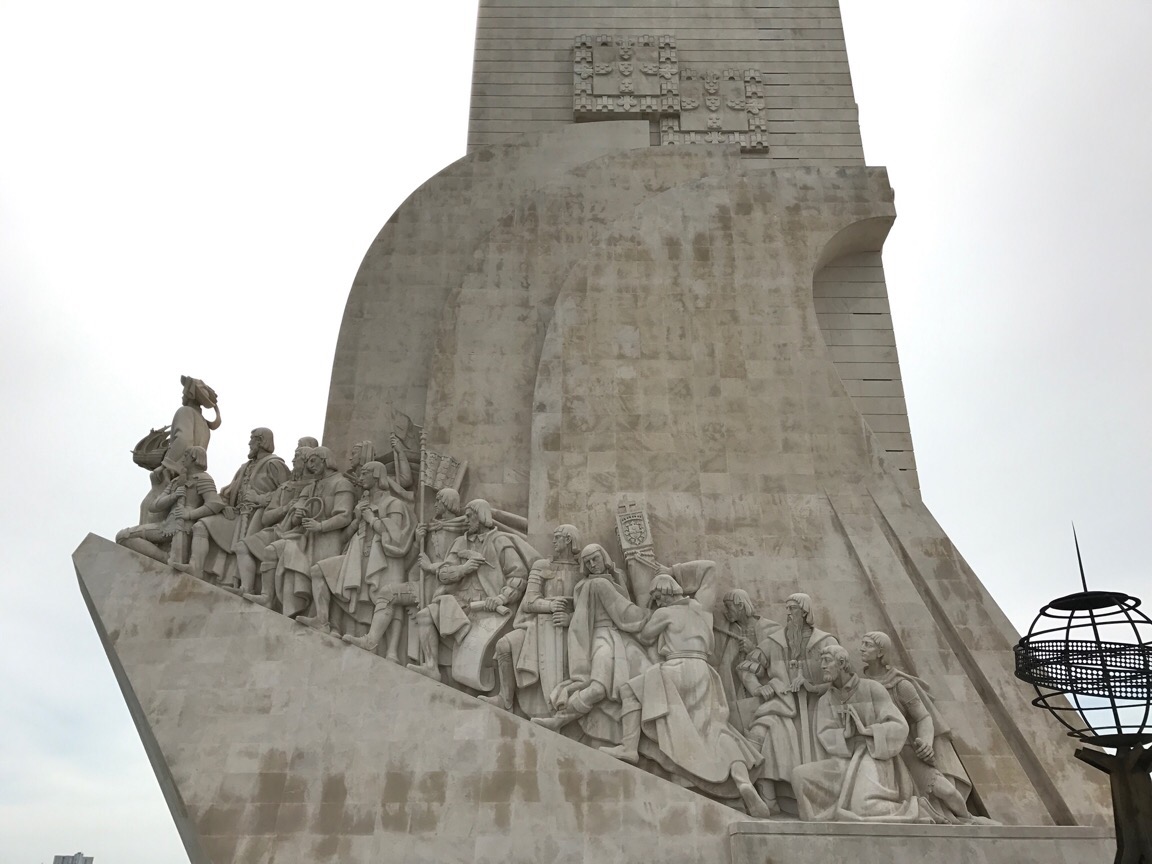 Eating pastries at Pasteis de Belem is one of those tourist things you have to do. They lived up to the hype. 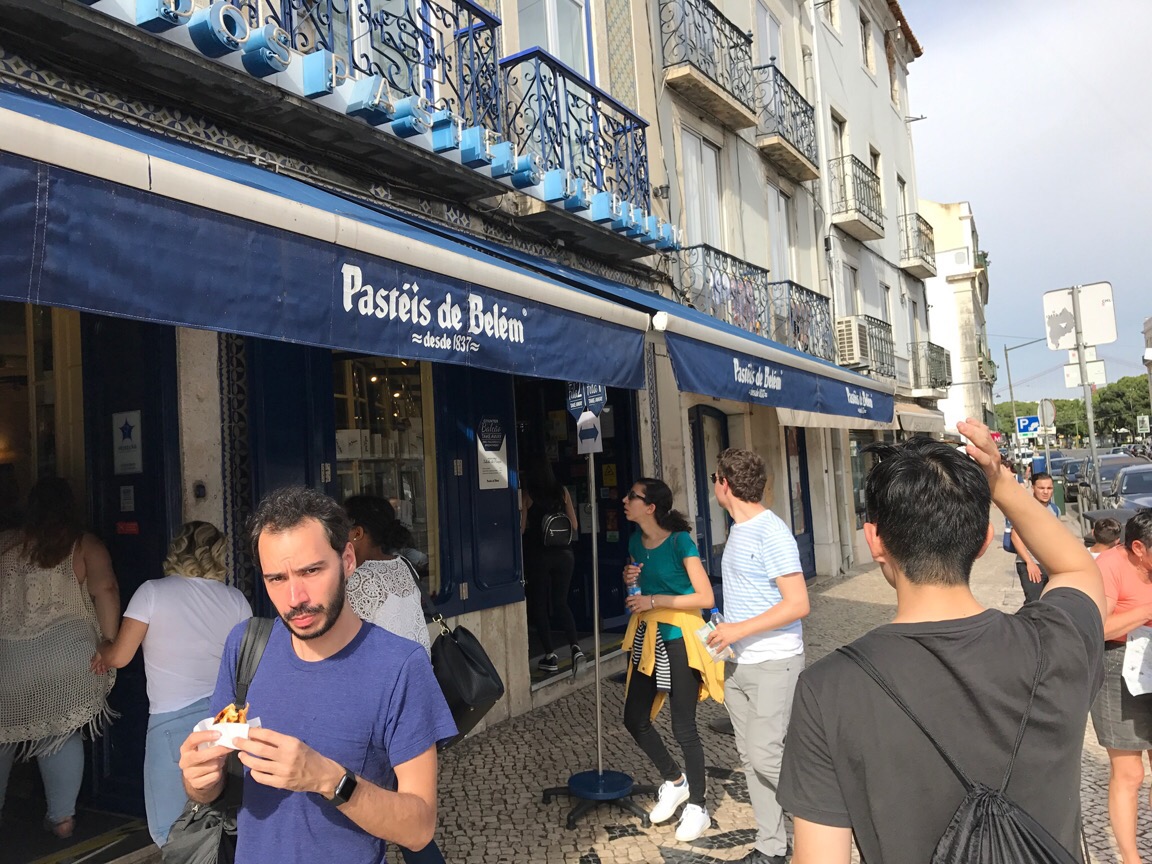 We headed to the Museu Colecao Berardo, a modern art museum near the main area in Belem.


I continued to not understand modern art, but perhaps Joe had a more enlightening experience. They had a more traditional collection of art as well that was quite nice. 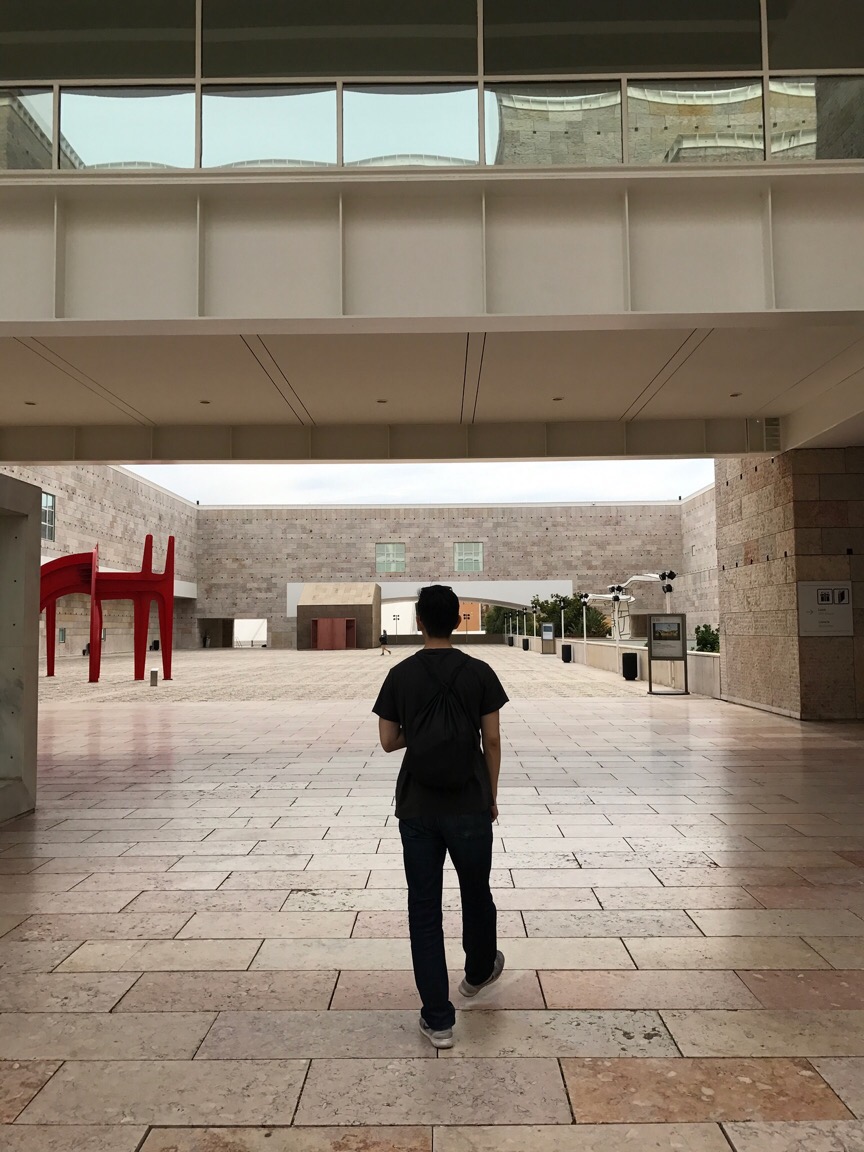 On our way back to the city from Belem we walked through LX Factory, a former factory complex that now has a collection of trendy shops and restaurants. 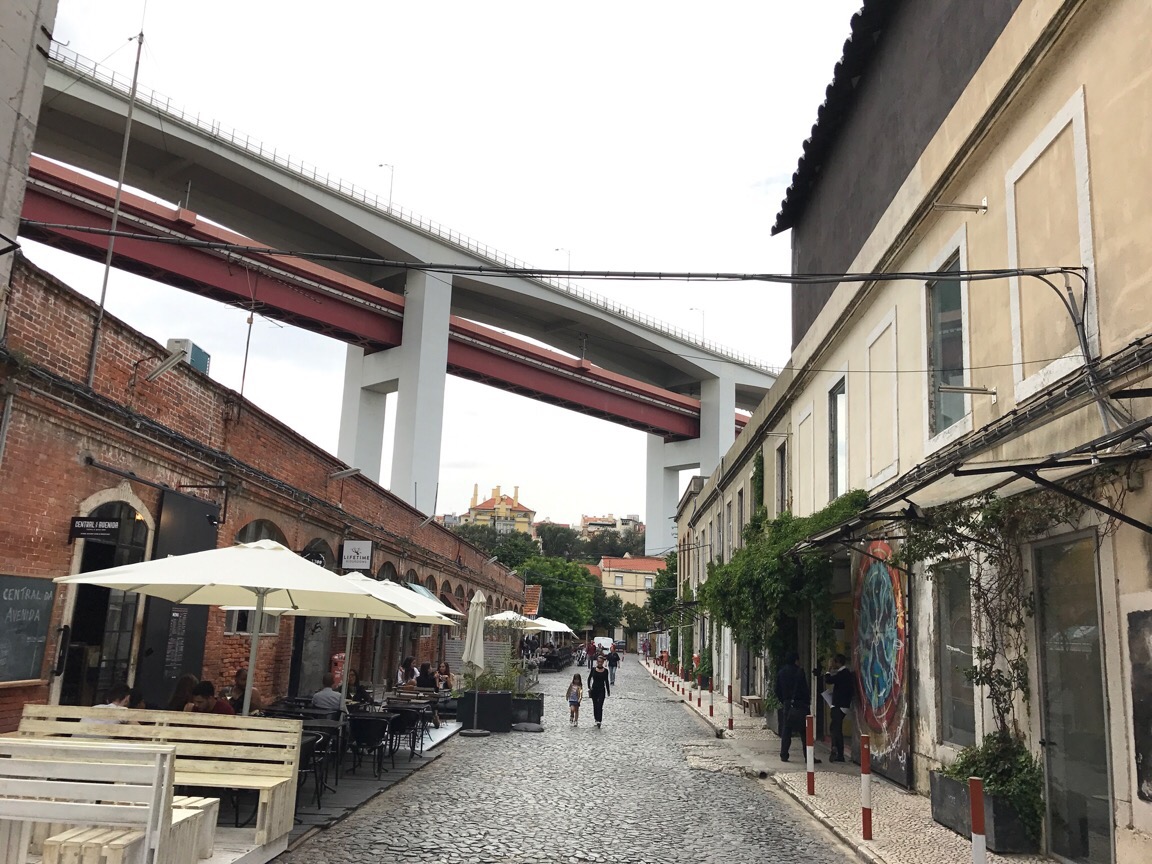 We were both pretty wiped by the time we got back to the city. The 7-10 miles of walking per day were starting to take their toll and my foot, which I’d fractured a few months before the trip, was starting to act up. We grabbed another great meal at Time Out market before calling it a night.

We’d heard from multiple people that Sintra was a great trip from Lisbon. The city is mainly known for the Castle of the Moors and the Pena Palace, both of which sit in the hills surrounding the city.


It’s possible to take a taxi up to the Castle of the Moors, but it was a nice day and we decided to do the hike ourselves. The views from the hike were amazing, and gave a nearly 360 view of the valley below.
The castle was mostly ruins, though it had been restored several times over the years. Pena Palace sits slightly higher in elevation than the Castle of the Moors, making the castle a great vantage point for understanding the magnitude of the palace. 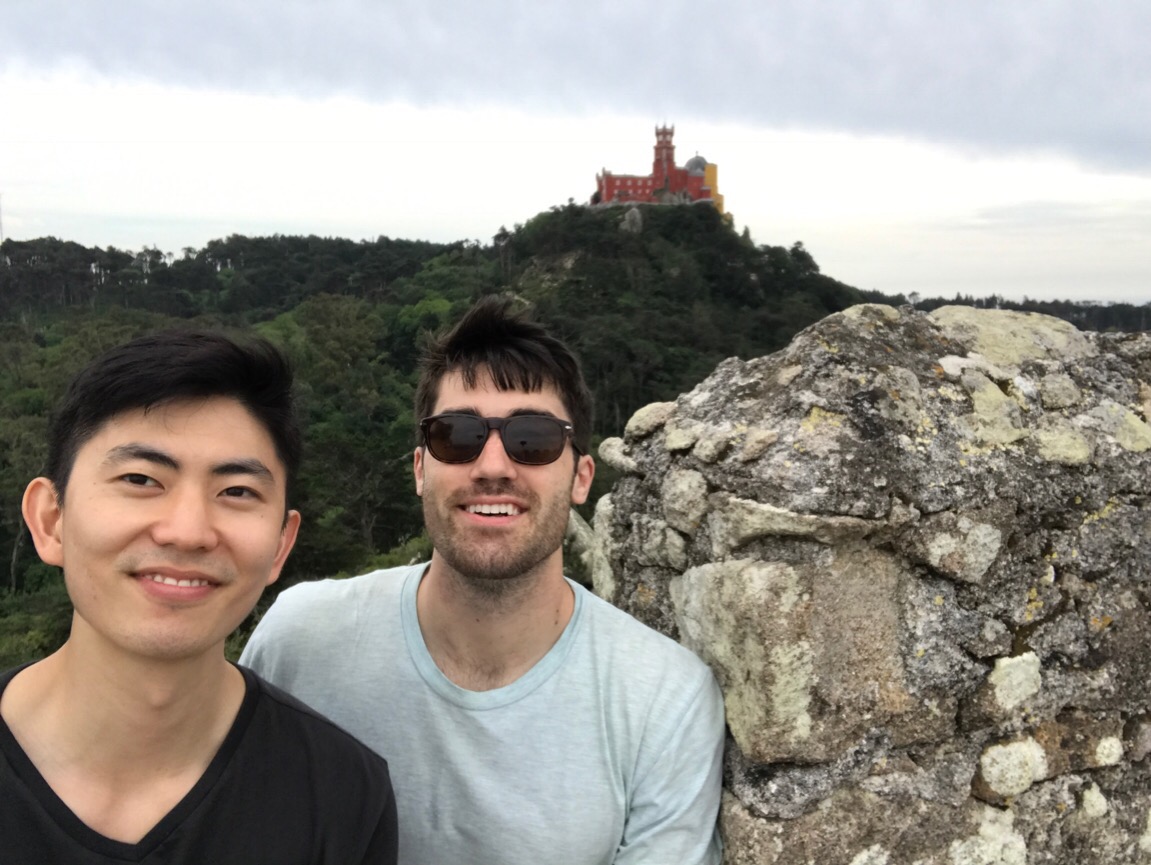 The palace is this hodgepodge of buildings. The different colors represent when that part of the palace was built.

More impressive than the castle itself were the grounds around it. The castle sits next to a national park, and there is a whole network of roads around the palace connecting it to various greenhouses, stables, and smaller structures.

We saw only a handful of people during the two hours we spent exploring the surround grounds. It felt like we had the place to ourselves. 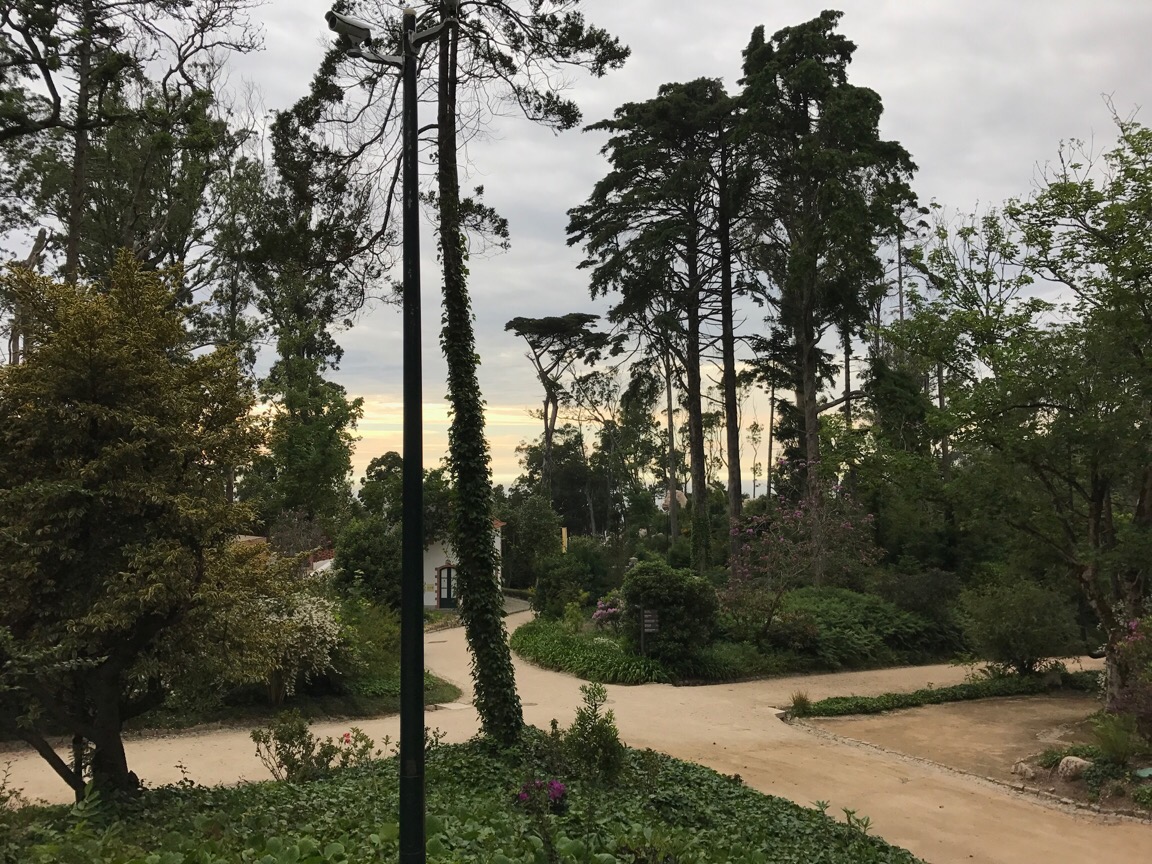 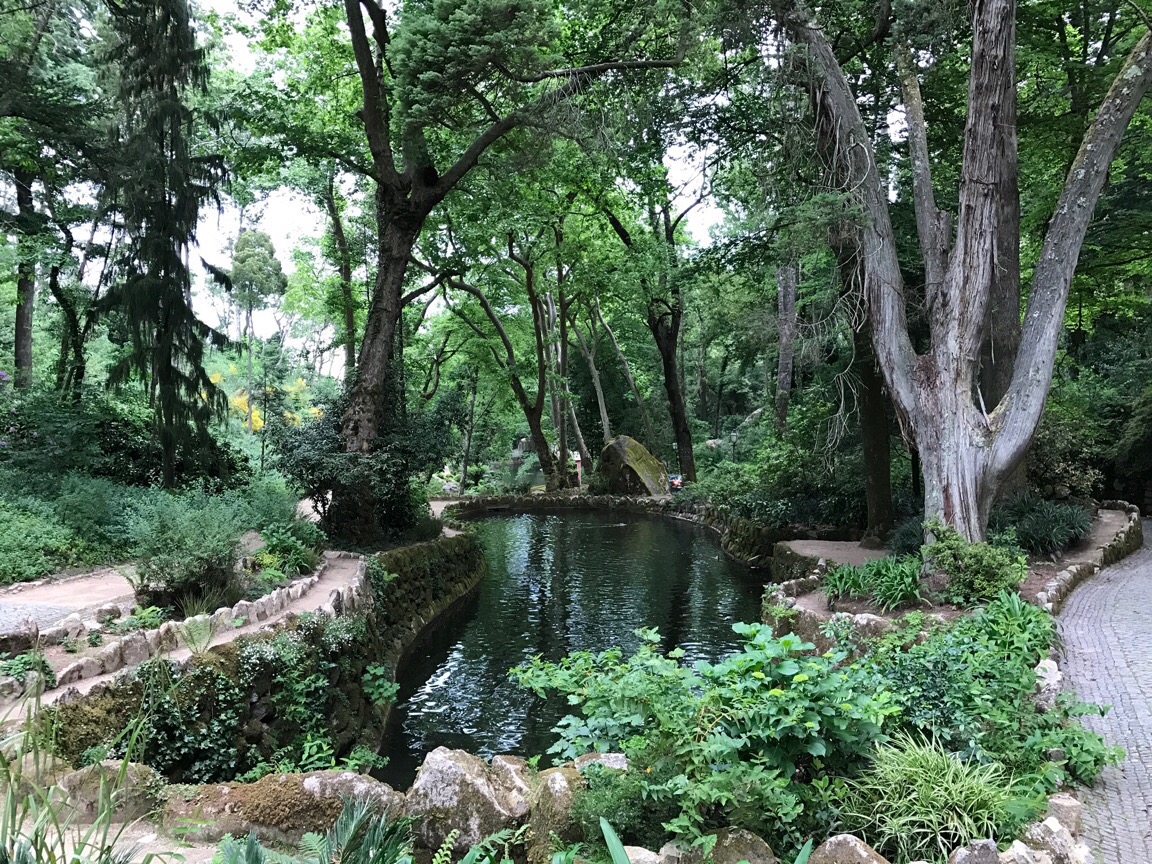 It was hard to pull ourselves away from the park, but the castle grounds were closing. We found this out the hard way on the hike back down the mountain. They had locked a stretch of the path back down to Sintra, so we had two climb over two different walls to make it back into town.

Back in Sintra, we ate our final meal in Portugal at another great seafood restaurant before heading back the Lisbon to pack for our flight in the morning.