The next morning I packed up and headed off for what I hoped was the final leg to Sapa. I knew it would be a long ride, but I was ready to be back in a city again. This stretch of road from Moc Chau to Sapa was the most beautiful stretch I encountered during my time in Vietnam. 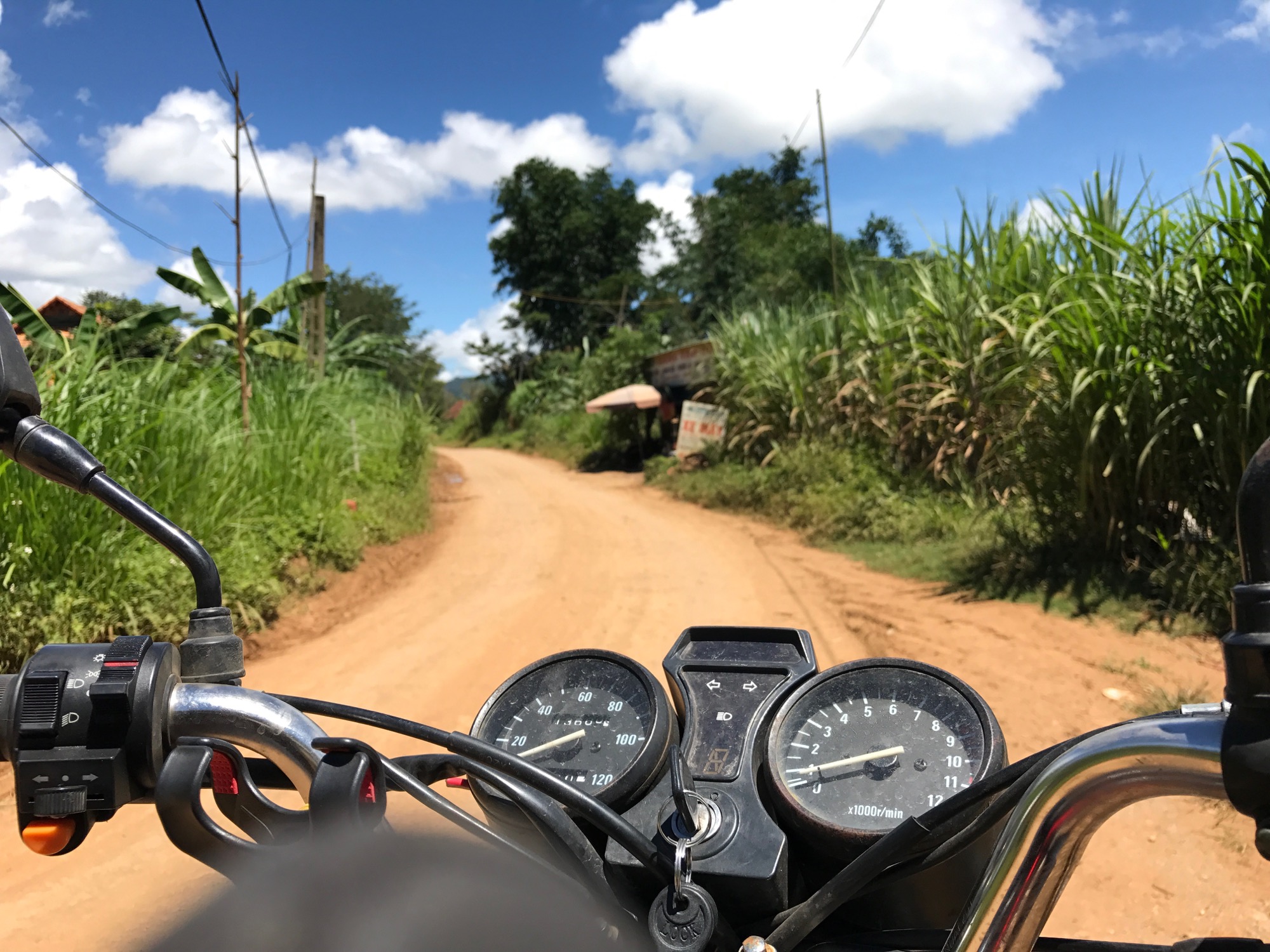 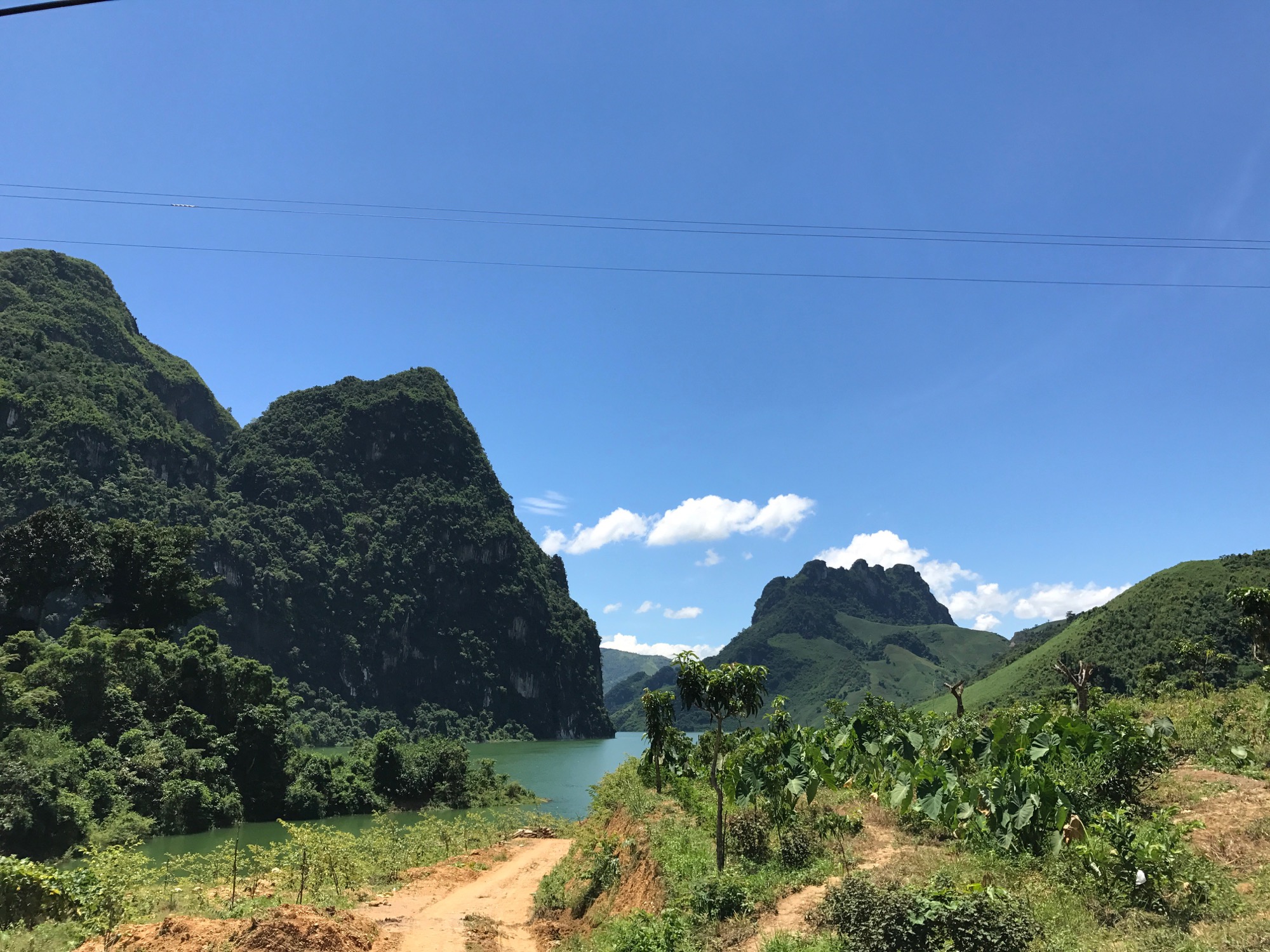 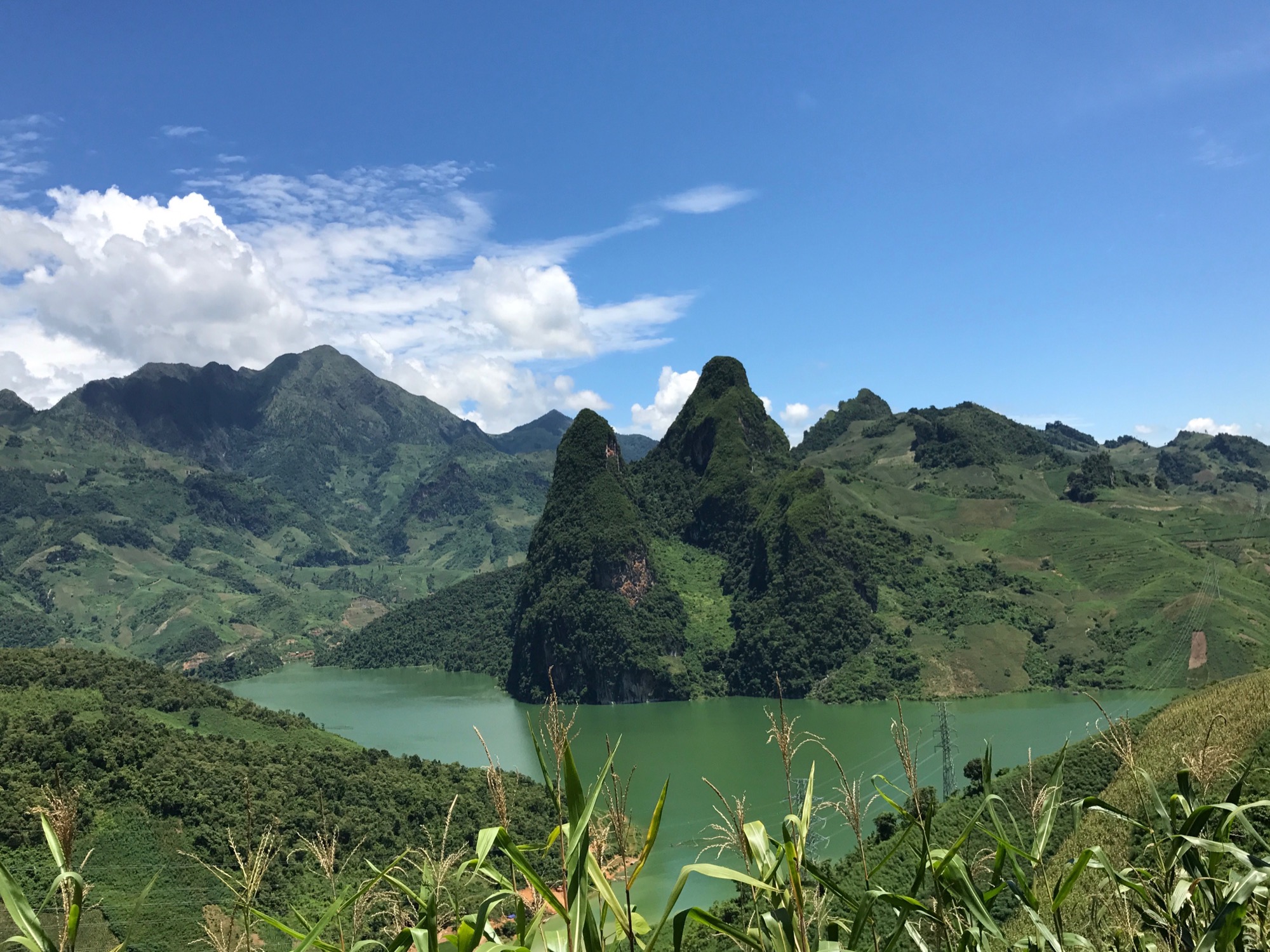 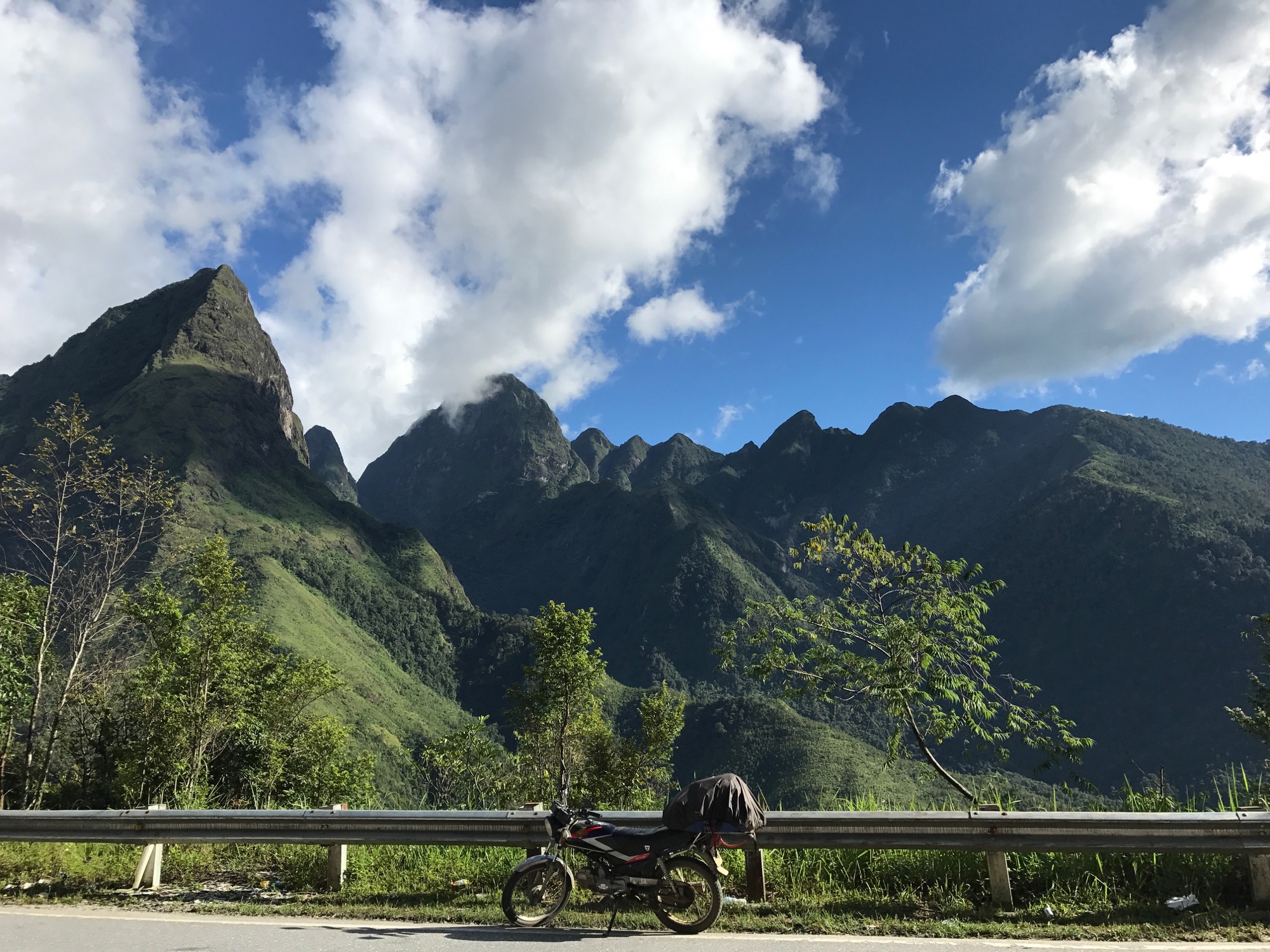 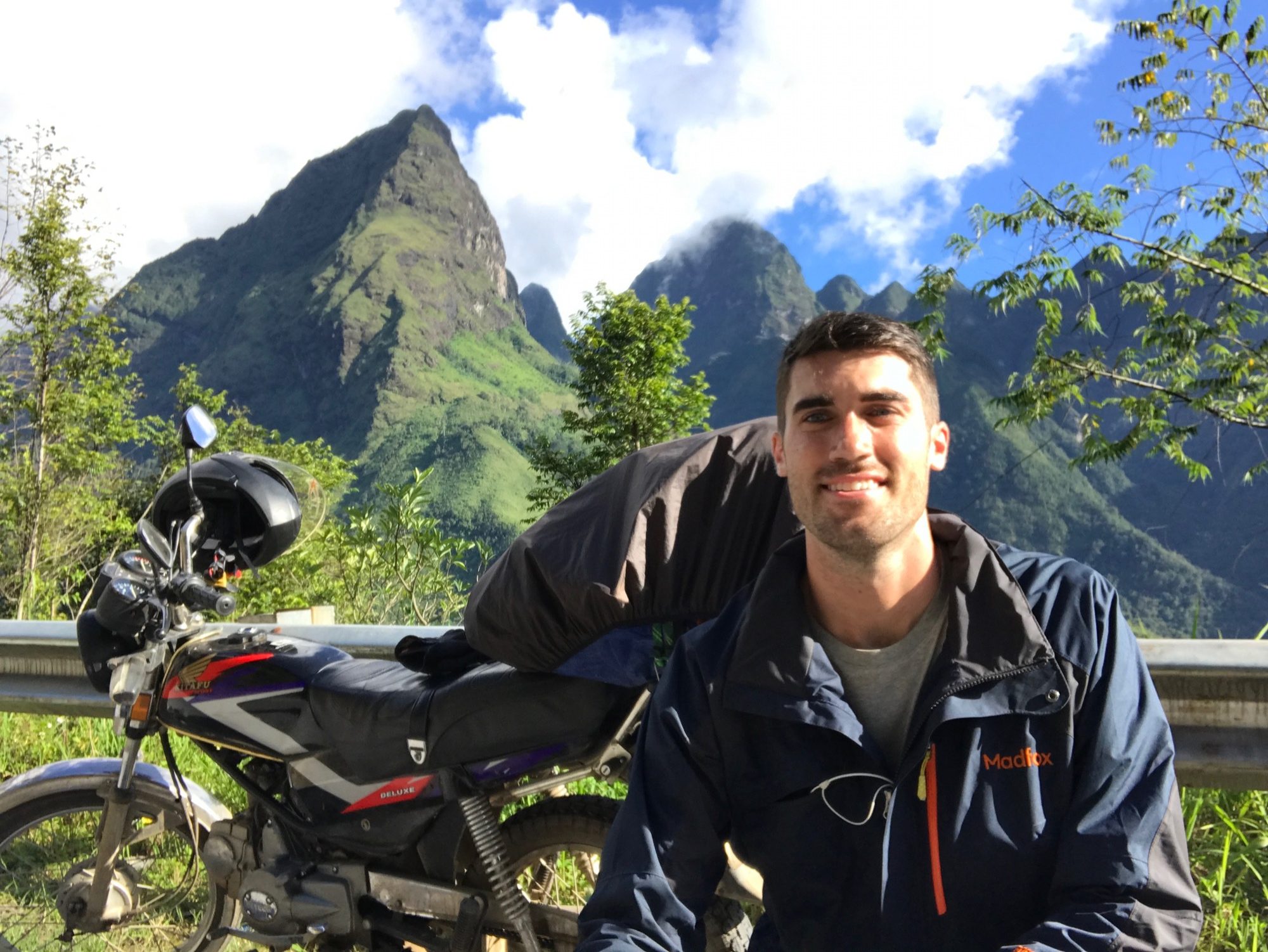 I arrived in Sapa right as the sun was going down. I was happy to be here. I’d heard so many good things about Sapa from people heading South, and also from Joe, who had been there a week and a half earlier. I didn’t have a place to stay when I first arrived, but I jumped at the opportunity to stay at a capsule hotel when I saw they had availability. I’d read about them in Japan and Korea, and I was excited to try one out. 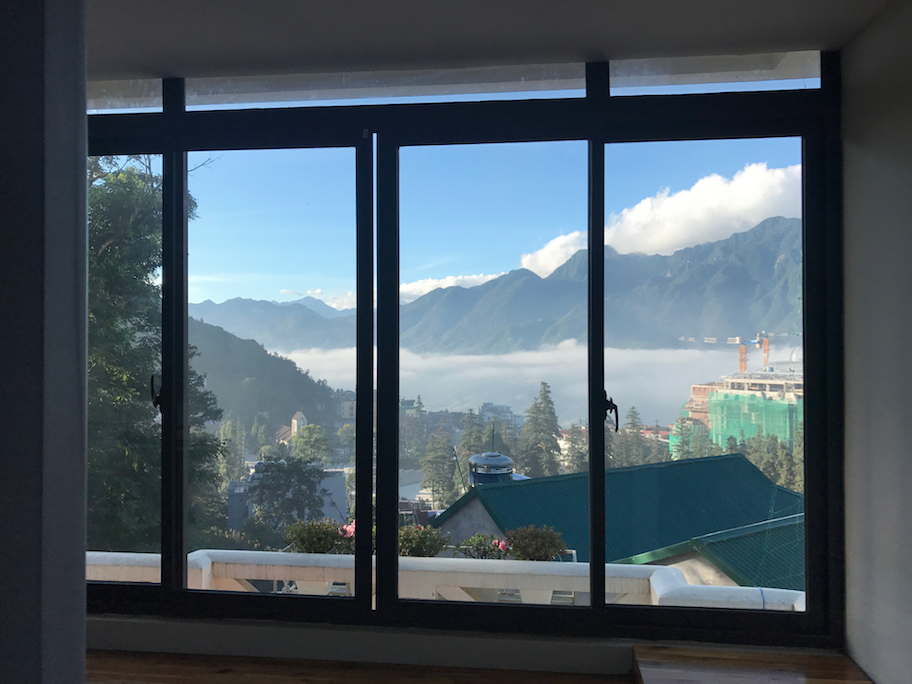 The hotel was great, and the next day I woke up to an incredible view of the city below with a backdrop of the mountains behind. I spent two nights in the hotel and then headed off to a homestay in a village nearby.

My Tra homestay would end up being the best place I stayed in Vietnam (coincidentally, Joe had also stayed there but I only found that out later). The homestay was remote, and due to the relative isolation and communal nature of the place, I met more people in the three day stretch I stayed there than I did in the entire rest of the time in Vietnam. As soon as I arrived, I linked up with two other guys who had just arrived at the homestay, and we went hiking in the nearby hills.

The next day I went hiking with another group of folks to see a nearby waterfall. We ended up getting lost and hacking our way down through various overgrown cornfields and rice paddies. 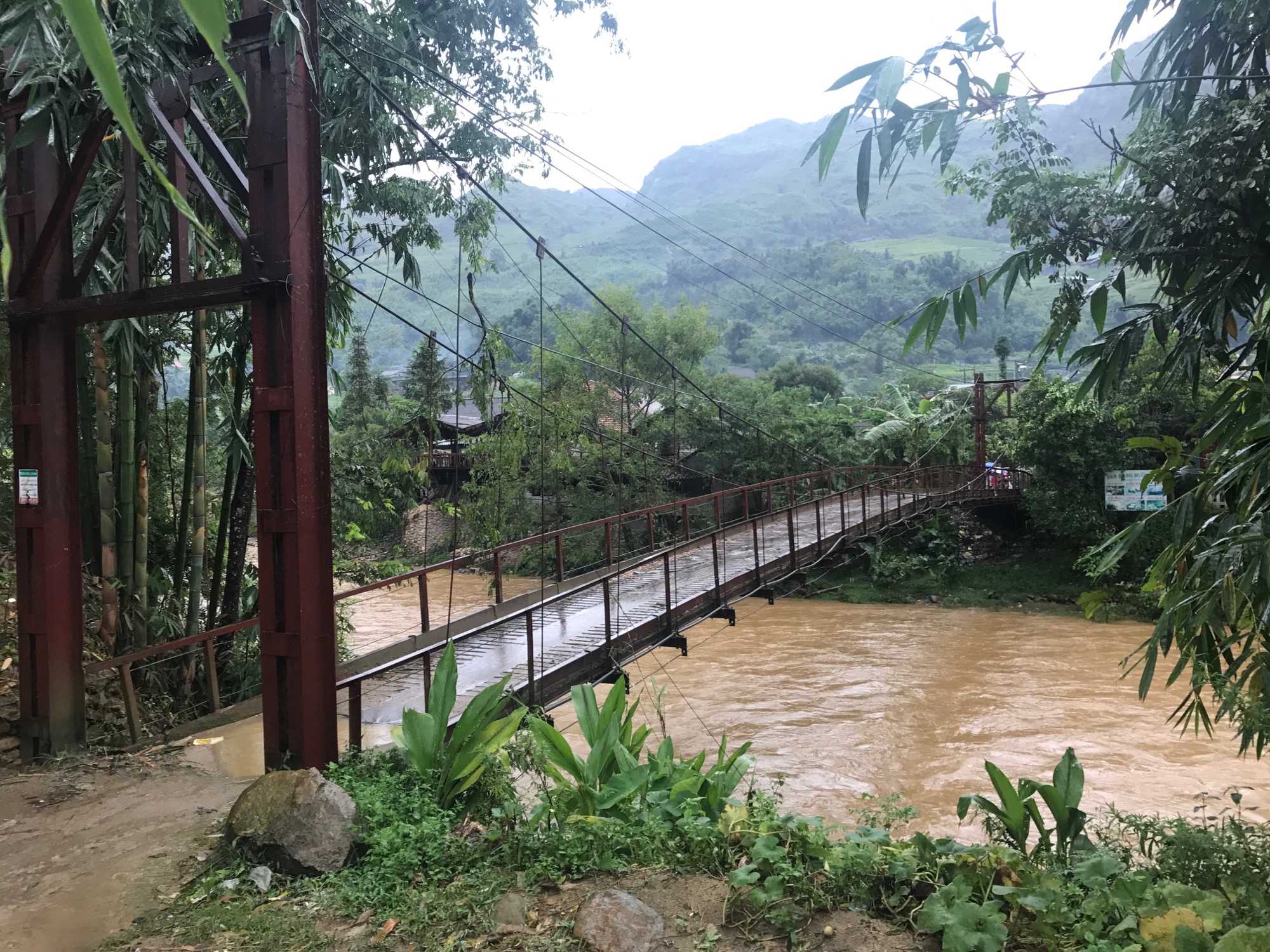 Eventually we made our way down right before a torrential storm hit. The power went out the homestay several times that night, but we were perfectly content playing balderdash and drinking the local beer.

I was originally planning on only spending two nights in the homestay but I extended for a third in the hopes of waiting out the rain and taking a day to relax. 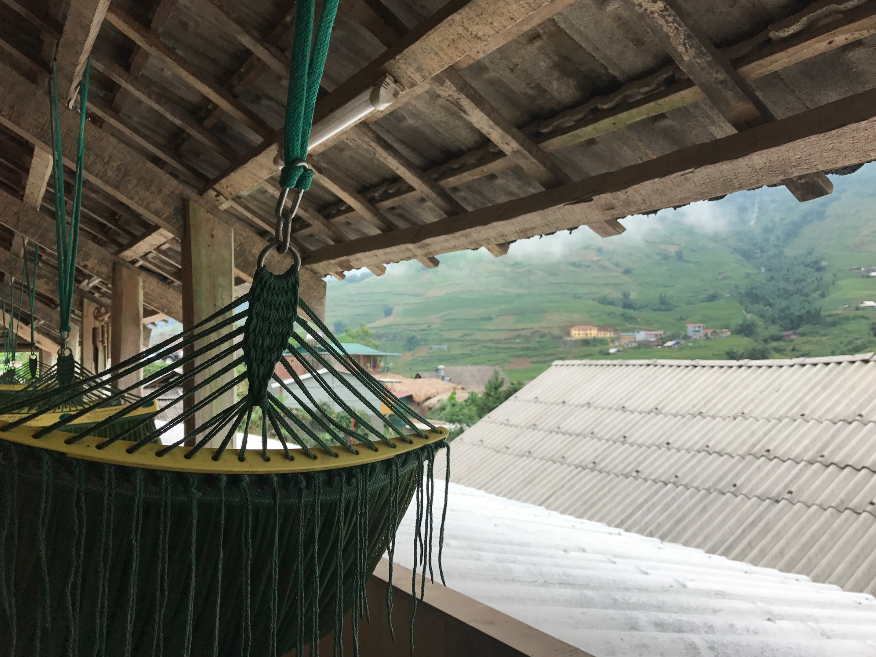 Thankfully by my last day, the rain had tapered off. I set off further north towards the Chinese border. I arrived in the city of Ha Giang around 4:30pm, and I was originally planning on staying in Ha Giang for the night, but there wasn’t much there. I did some Googling and saw that there was a famous pass about an hour and a half away, but I was hesitant at first, with rain moving in and sunset an hour and a half away.

Still, I made my way up to the Heaven’s Gate pass. The views over the surrounding countryside were beautiful, with high mountain peaks jutting through the clouds. Especially with the mist and time of day, it made for a lovely, spooky setting. 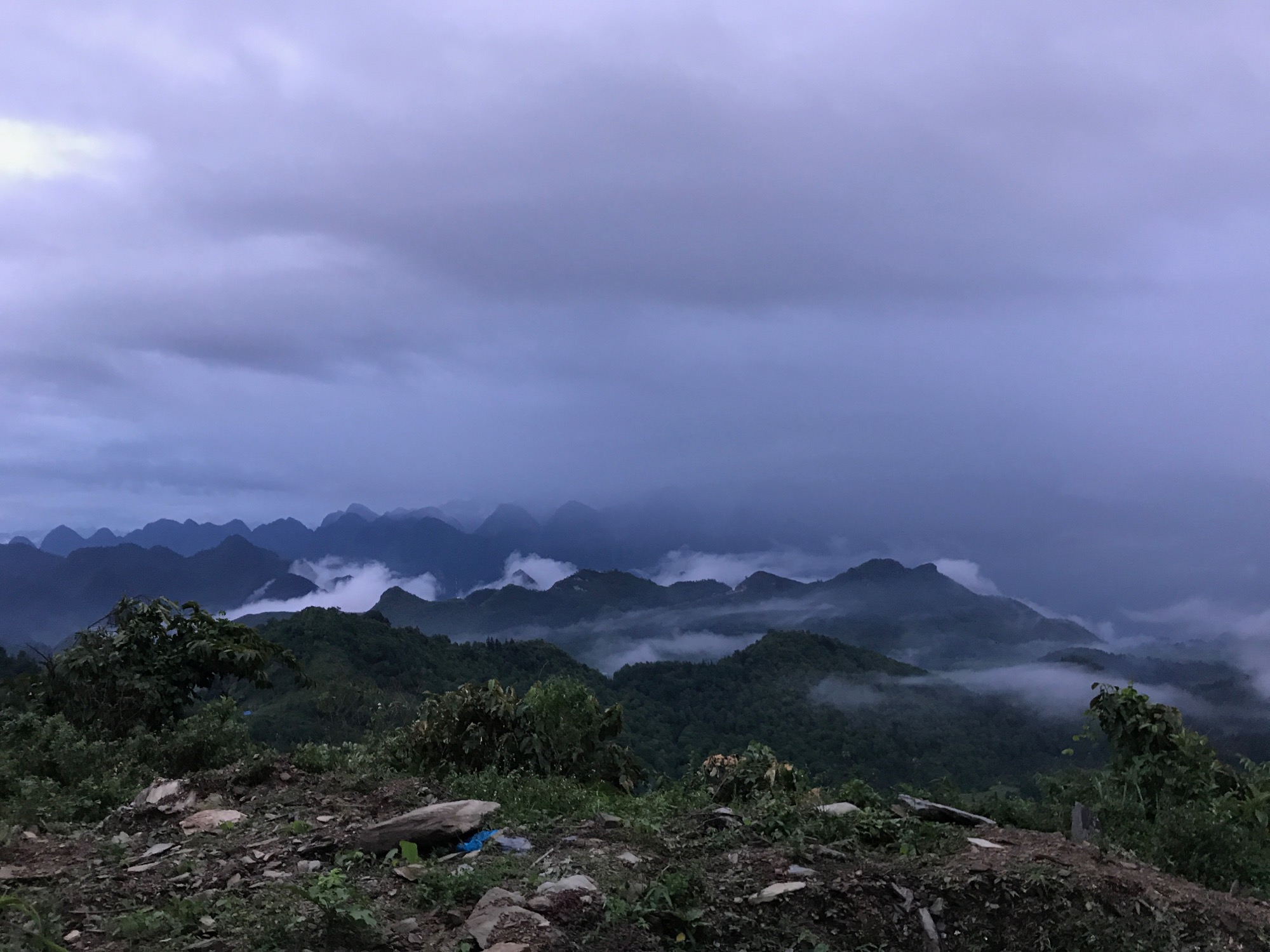 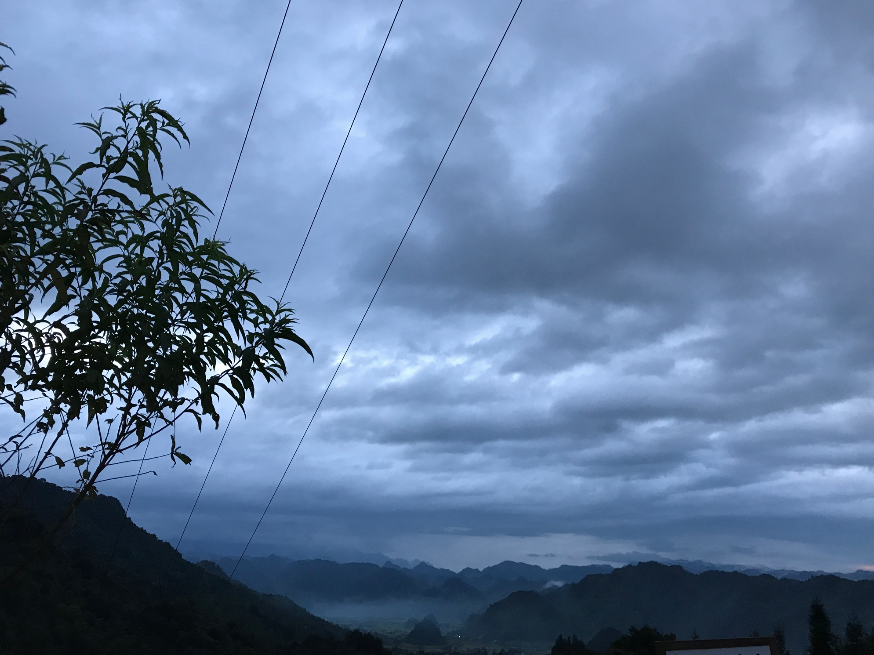 It was unclear what I should do at this point given the darkness and the rain–I was originally planning on heading back to Ha Giang, but I could see there was a city below. I rode the ten minutes down to the city. It didn’t look like there was much there, and I was thinking of turning around to head back, but I saw a decent looking hotel as I was heading out of town, so I stopped in and was happy to have a simple and comfortable room for the night.

I regrouped in the hotel and then went in search of food. When looking for a hotel earlier, I had been approached by a 10 year old boy who spoke English and wanted me to eat at his family’s restaurant. The place looked good, so I went back and ordered two portions of fried rice. All the while, I’m talking with this 10 year old boy about his life and his school and my travels. His uncle is in the kitchen cooking and his dad is also around. 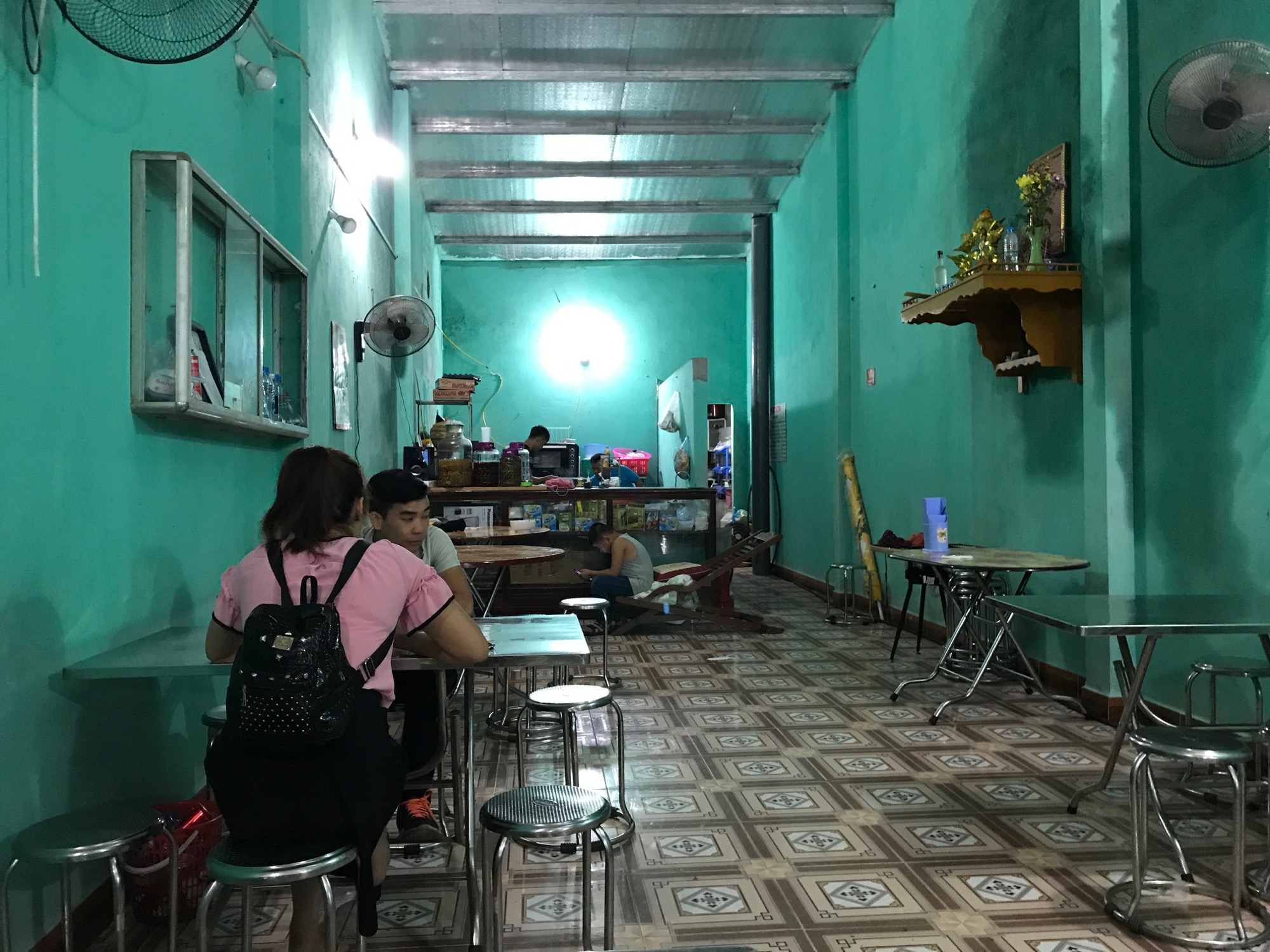 As I’m halfway through my second helping, the dad and uncle (who is about my age), sit down and start eating their own dinner. The dad invites me over to join them, and they give me a bowl and start piling chicken, egg, beans, and rice in there. Then they break out a water bottle full of liquor. We (the adults) take a few bites and then they pour shots. We raise them and drink. 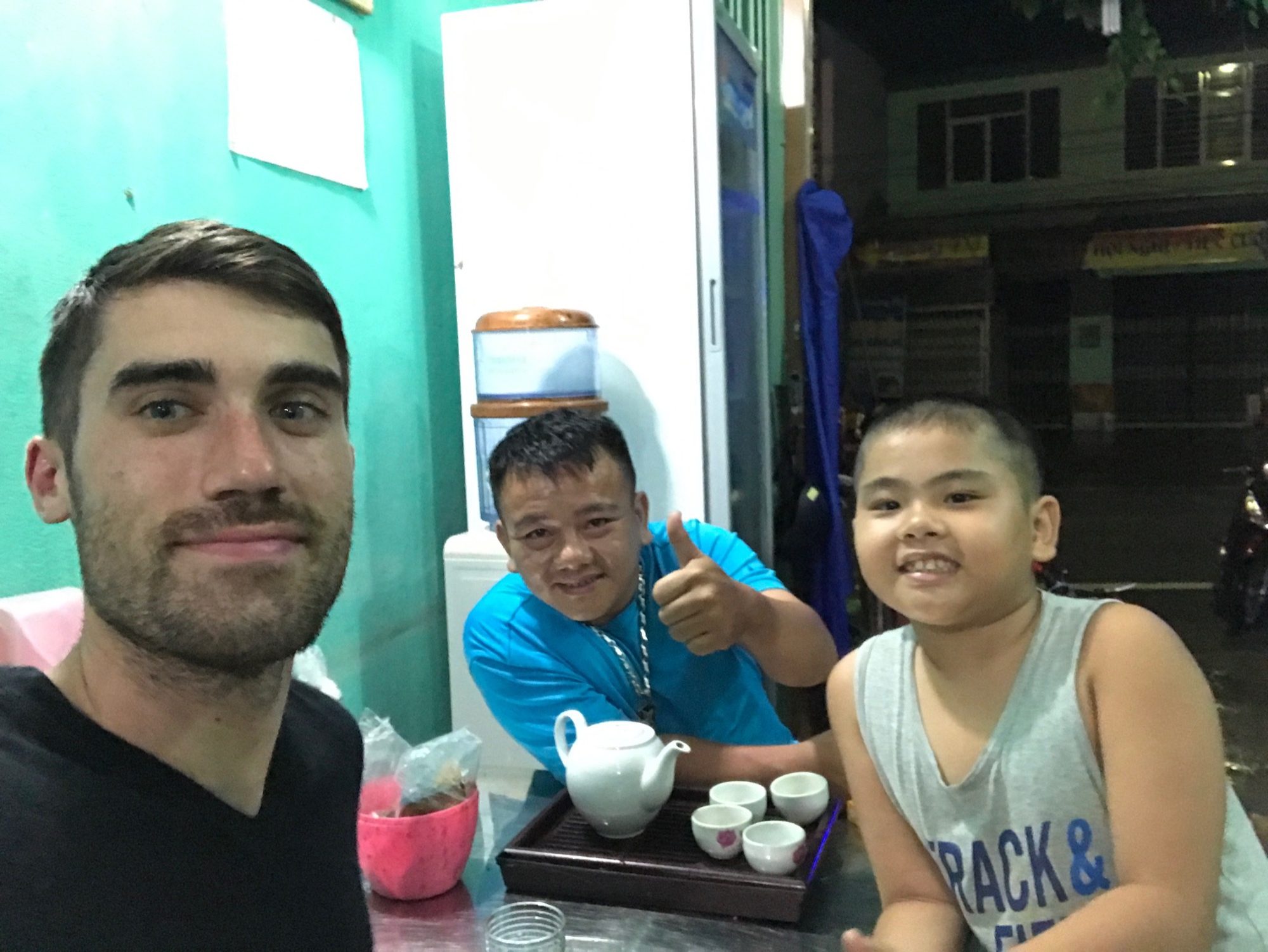 We’re having a whole conversation through this 10 year old boy and Google Translate. The shots keep coming.

The main conversation focused around a dog they had who had been killed a few days before by a police dog. The circumstances were a little unclear to me. They had these gruesome photos of blood around the neck of their dog, named Bone. They also had these really adorable videos of Bone playing, so they kept re-watching the videos and then going back to the gruesome photos. The dad seemed to be taking it hardest. He was saying he was going to delete the videos of Bone because he couldn’t bear it. The son was more stoic about it, but was clearly still broken up. I showed them pictures of my family’s dog Toby, who had passed away the year before of cancer.

Eventually we moved on to lighter topics, and the dad said he was a piano teacher. I mentioned I played guitar and a little piano and he insisted I come over to their house to play piano. (Again, this is all through the 10 year old son).

The uncle cleaned up the restaurant while the dad headed home to set things up. The 10 year old, the uncle, and I then all get on the uncle’s motorbike and we ride to the house, about a mile away. 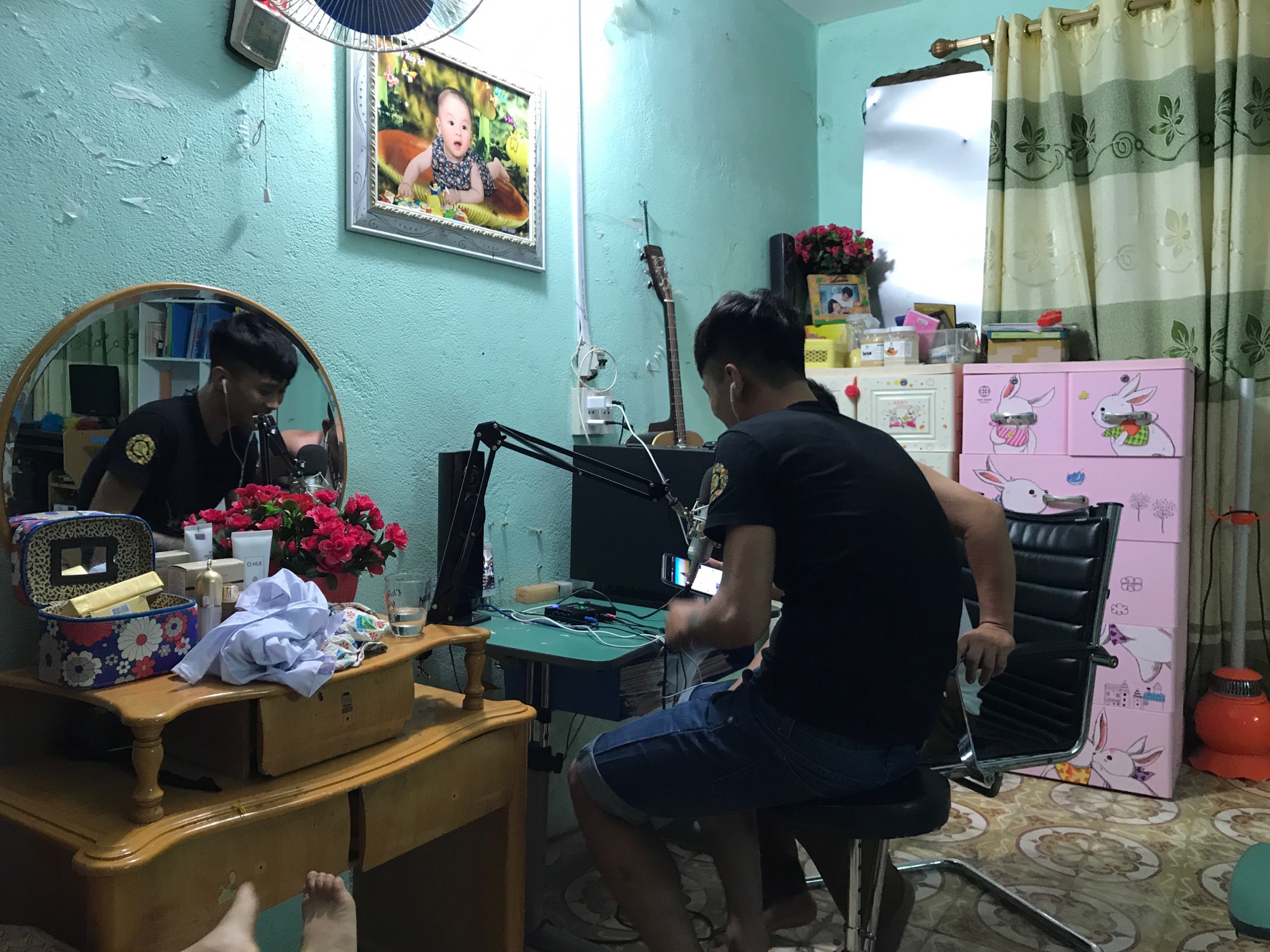 There’s no piano, but there is a karaoke setup and a guitar with 5 strings. I tune up the guitar, but the dad is insisting I sing a song with him. It’s a song I don’t know, a Michael Jackson song, and the uncle sets it all up to stream on Facebook live, adding to my embarrassment. And the dad insists I sing, despite my protests, so I stumble through the rest of this song.

It made for an interesting night. I sat around for a little while longer and smoked a strong tobacco water pipe with them. There is another uncle as well who has been around at the restaurant and at the house.

Eventually at midnight I return to my hotel, buzzed from the tobacco and drinks, but happy to have had such an interesting experience with nice people in this remote town in northern Vietnam.