Savannah went off to meet a friend on our fourth day in Munich, and Joe and I went to the Deutches Museum, a remarkable, incredibly extensive science museum (the largest in the world). To give you some perspective, I spent three hours on one floor out of six. I think you would need two days to give it all the time it deserves, and unfortunately we only had half a day. 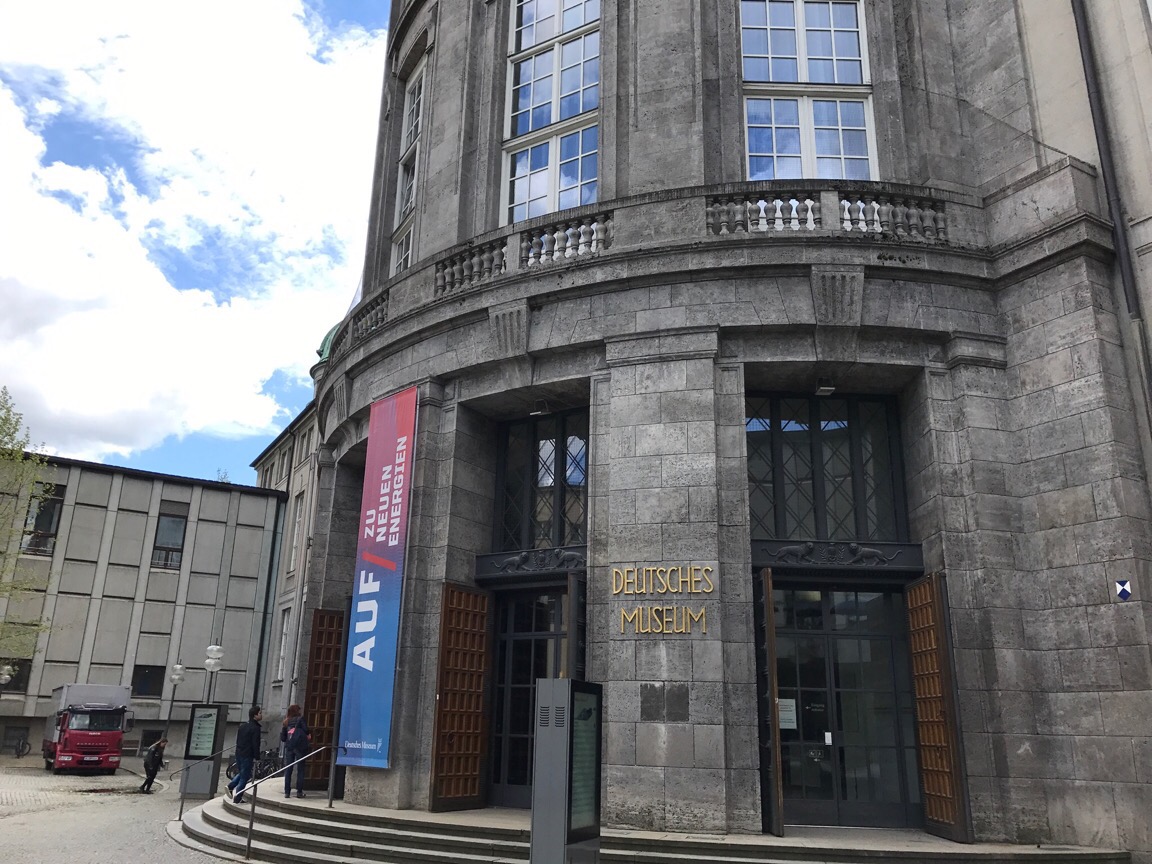 The science lover in me couldn’t get enough of this. I think Joe felt a similar way.


After the museum we met back up with Savannah at our apartment. While we were at the museum, we were also aware that Bayern Munich was playing the last game of its season, though they had already clinched the championship (deja vu: same deal as Benfica in Lisbon). There was a noticeable buzz around the city and a large crowd was gathered in Marienplatz. 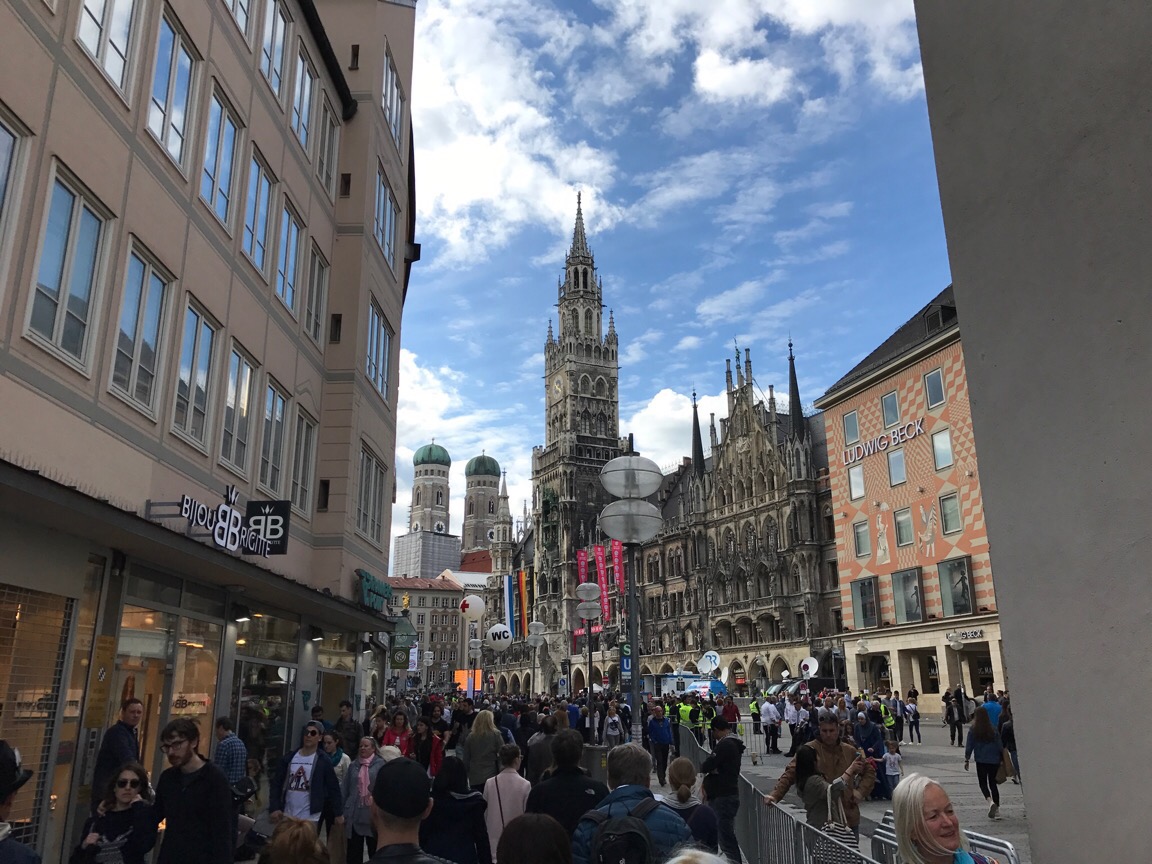 The beer hall was busy when we’d been before, but this time it was in full form. As the band played classics, Bayern Munich fans shouted team songs in unison. Glasses were slammed on tables, feet were stomped, voices were raised. There was a round of Prost every few minutes at our table with the people there we’d befriended. We were right in the thick of the celebration, and it was a sight to be seen and heard.

We packed up at our Airbnb and boarded a train to Vienna. Savannah was joining us for a day in Vienna before heading back to Edinburgh and then back to the United States for a visit there.


We checked into our hostel in Vienna around dinner time and went out looking for food. After several days eating traditional, delicious but heavy, meals in Munich, we were ready for something a little different. We found a well-reviewed Pho place and enjoyed the variety from the diet of the past week.
The feeling in Vienna was noticeably different than Lisbon or Munich. It was quiet, and felt empty. I’d been told this by a friend, so we only planned one full day in Vienna, and I think that was enough.
We walked downtown after dinner to see some of the famous buildings there. 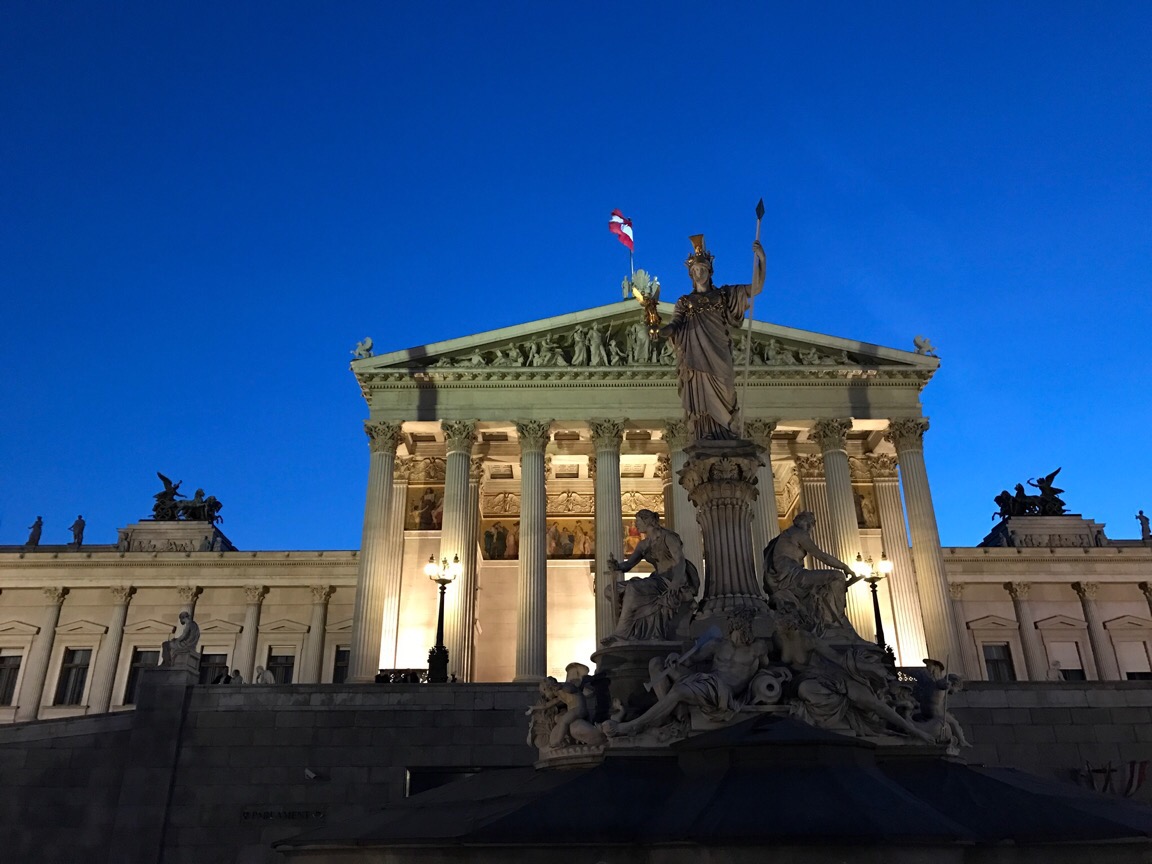 Vienna did turn out to be a bit dull, though we managed to find some interesting spots along the way. I’m sure there are local attractions, but it wasn’t the sort of throw-a-rock-and-hit-something-new feel that Lisbon and Munich had.

We set off to explore the city on foot, mostly wandering through the windy streets of the downtown area.

We saw a carnival ride rising high into the air from a distance, and we headed in that direction. We arrived at the carnival and watched the ride for a few minutes before climbing aboard.


I’m not sure what you would call the ride, but you sit in a seat that spins around a central axis, as the part the chairs are attached to climbs higher. 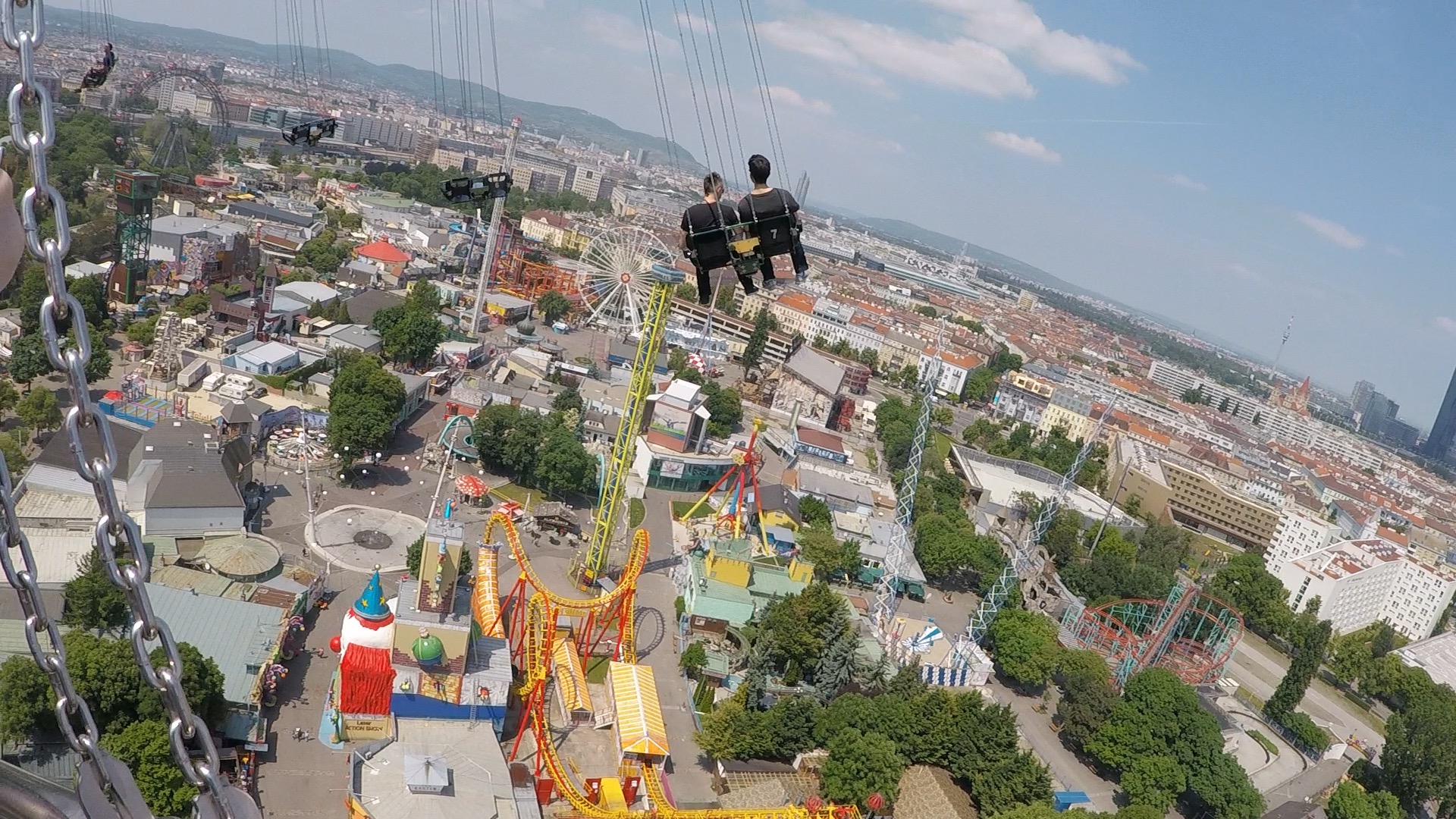 We continued to explore the city on foot and grabbed lunch before heading to the Leopoldo Museum. Savannah was interested in seeing the Gustav Klimt exhibit there, so Joe and I hung out while she went inside to see it. Savannah was heading to the airport that evening, so we made our way back to the hostel.